skip to main | skip to sidebar

Making some things before the semester drops hammers. 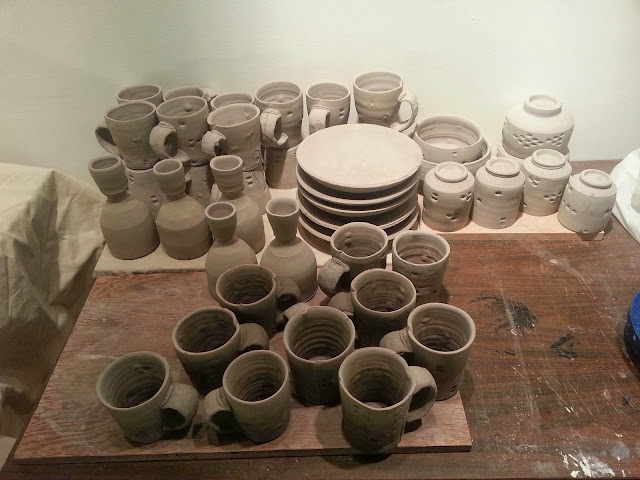 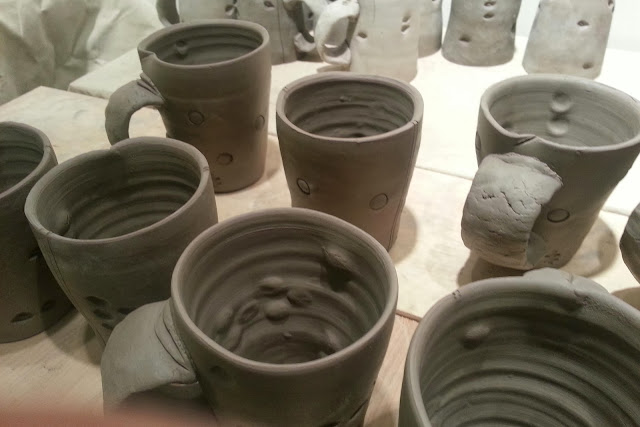 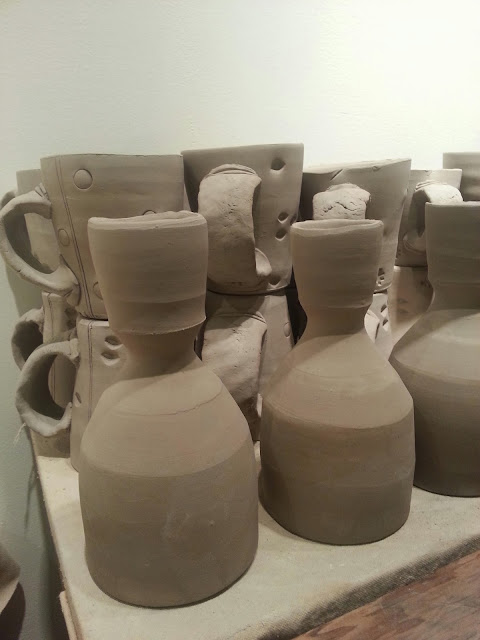 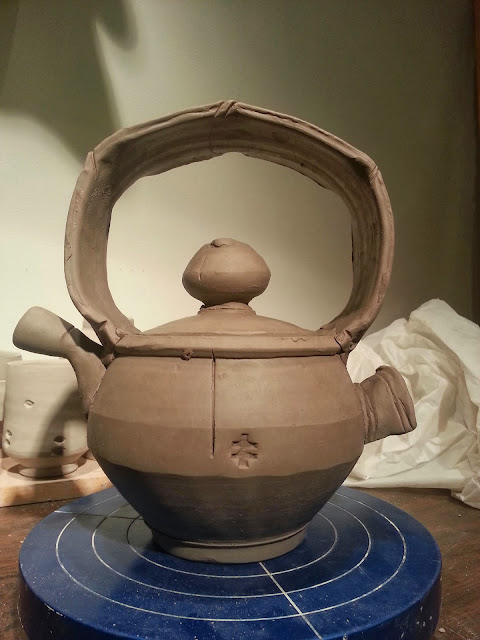 Posted by drobnock at 7:49 PM No comments:

we have been having contemptable weather here in Arkansas.  thebgraduates are getting ready for our final semester reviews.  we were supposed to have crits on friday. then saturday. now next friday. ridiculous. more soon.  let me know what you think/follow my tumblr. shiny.tumblr.com/my instagram as drobnock/ be my facebook friend always as chris drobnock.  looking forward to what comes.  never bored. love you all. 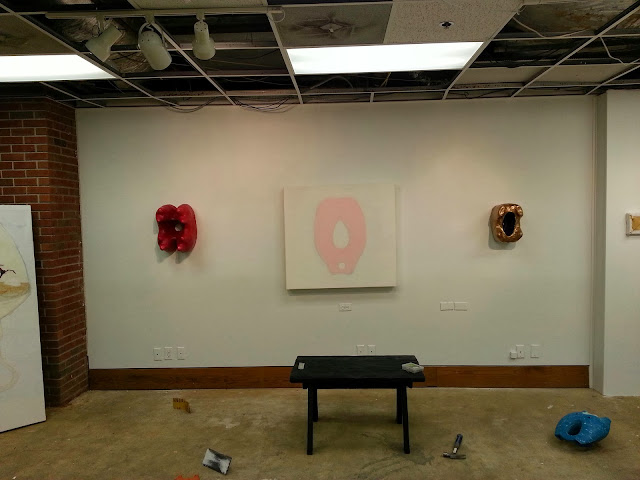 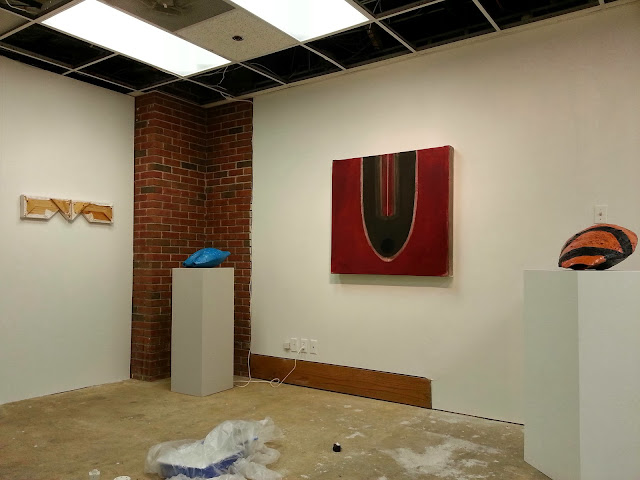 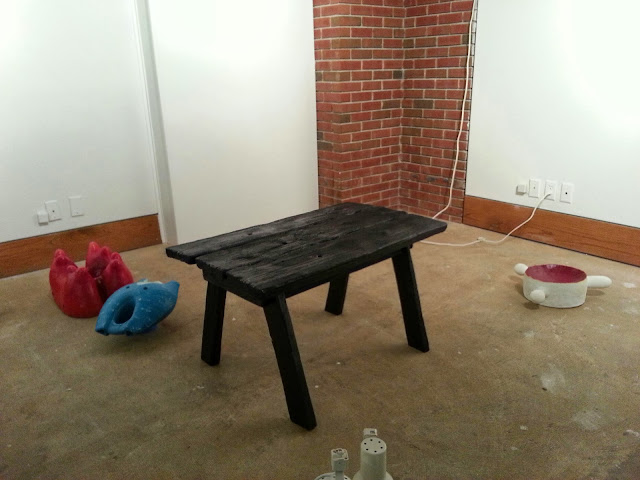 Posted by drobnock at 5:50 PM No comments:

I am working towards finishing up my first semester in graduate school at the University of Arkansas.  Been making all manner of things here recently.

Not sure what to make of it all. 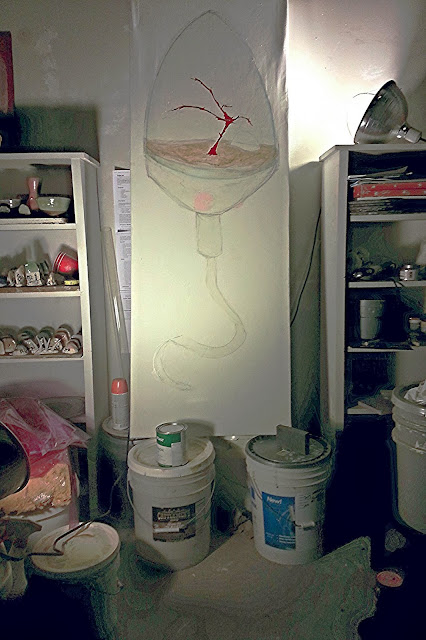 Posted by drobnock at 9:02 PM No comments: 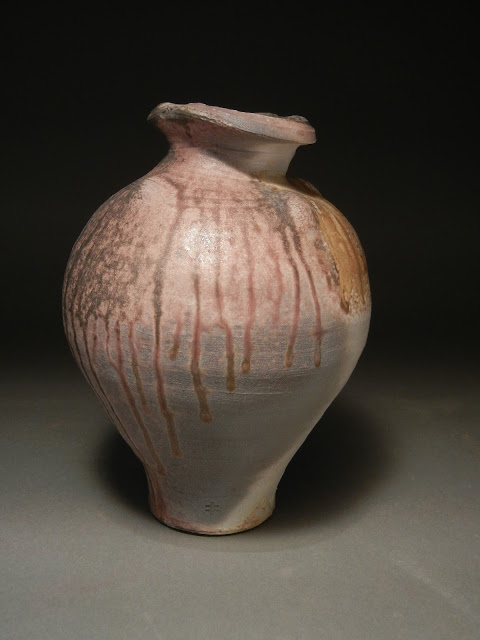 It was a purple firing in April, as you can see from the vessel above.  Keep in mind it went in a white pot and came out with the surface you see.  Its all carbon, reduction, wood ash, and heat. I took the unloading photos with my digital camera.  It seemed easier to dump them in a public folder on facebook than to put them all up here.  I know my pictures are spread out on the internet, over a few sites but I hope that way more folks will find them.  Enjoy; they show much of the days efforts...

also there are more recent developments such as another firing that just occurred.  This took place in Huntingdon, PA at Jack Troy's larger anagama 'Komuri.'  I took photos once or twice during each of my shifts.  I posted them directly to the tumblr. I hop you take some time to check those out as well.  Unloading is tomorrow morning.  I expect to take some pictures but the firing was a bit cool through the middle and back of the kiln where a lot of wares were stacked so I believe there will be a second firing coming up!  Never a dull moment.  Never a dull moment.

more to come.
drobnock
Posted by drobnock at 12:07 PM No comments: 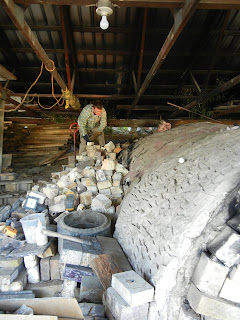 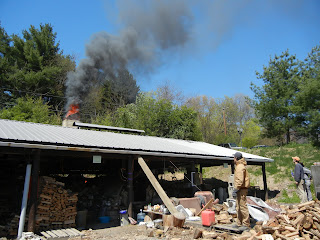 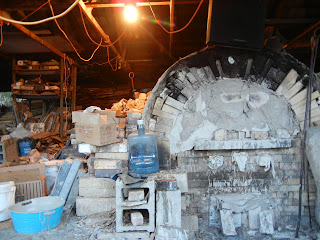 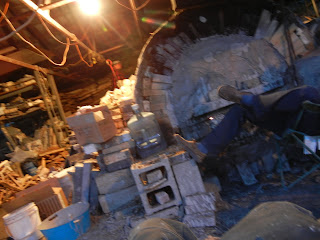 We are unloading tomorrow afternoon. The temperature in the front reached a little over 2250 degrees F and as far as we can tell the back hit 2200. Things look melty and shiny. Chaos reigns supreme... which seems to be the way things go :) I feel pretty good about the event thus far. The kiln is a dream. (1974-2012 and counting) There will be more pictures.
Posted by drobnock at 12:00 PM 2 comments: 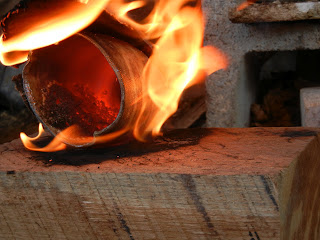 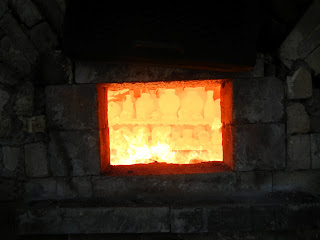 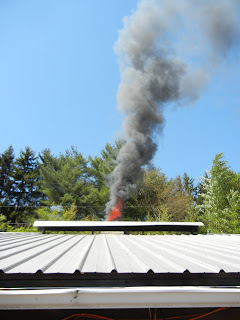 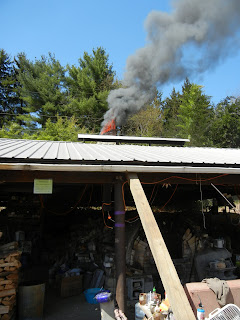 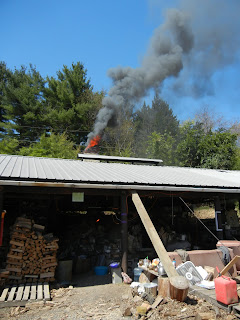 drobnock
i am a 2008 graduate of edinboro university of pennsylvania in fine art. i am currently working towards a functional ceramics space (functionally working) and i would like to share my art and my adventures with you. i make both functional and sculptural ceramics, print media, and do public art projects in the form of murals and mosaics. please feel free to email me with any questions about clay or other wise, i would be glad to hear from you.